Are you looking for Fat Dissolving Injections in Newcastle? Dr Matla is a Newcastle-based GP, practising both Aesthetics and General practice. He has over 20 years of experience in medicine and is regulated by the CQC. You can be assured you will be in very safe hands and can read more about Dr Matla here. Read the glowing reviews left about his work or view his before and after images here.

WHAT AREAS CAN BE TREATED?

DesoBody is for use with areas of fat that remain even when a patient is at a healthy weight. Typical areas include inner thighs, inner knees, double chins, back and bra rolls, flanks, abdomen and saddlebags.

HOW DOES IT WORK?

Fat-dissolving injections work by destroying fat cells in targeted areas. Also known as lipolytic injections, they damage the fat cell membranes which in turn liquefies the fat present in the body. These fat cells, once destroyed, are then broken down and naturally removed via the lymphatic system within the body. 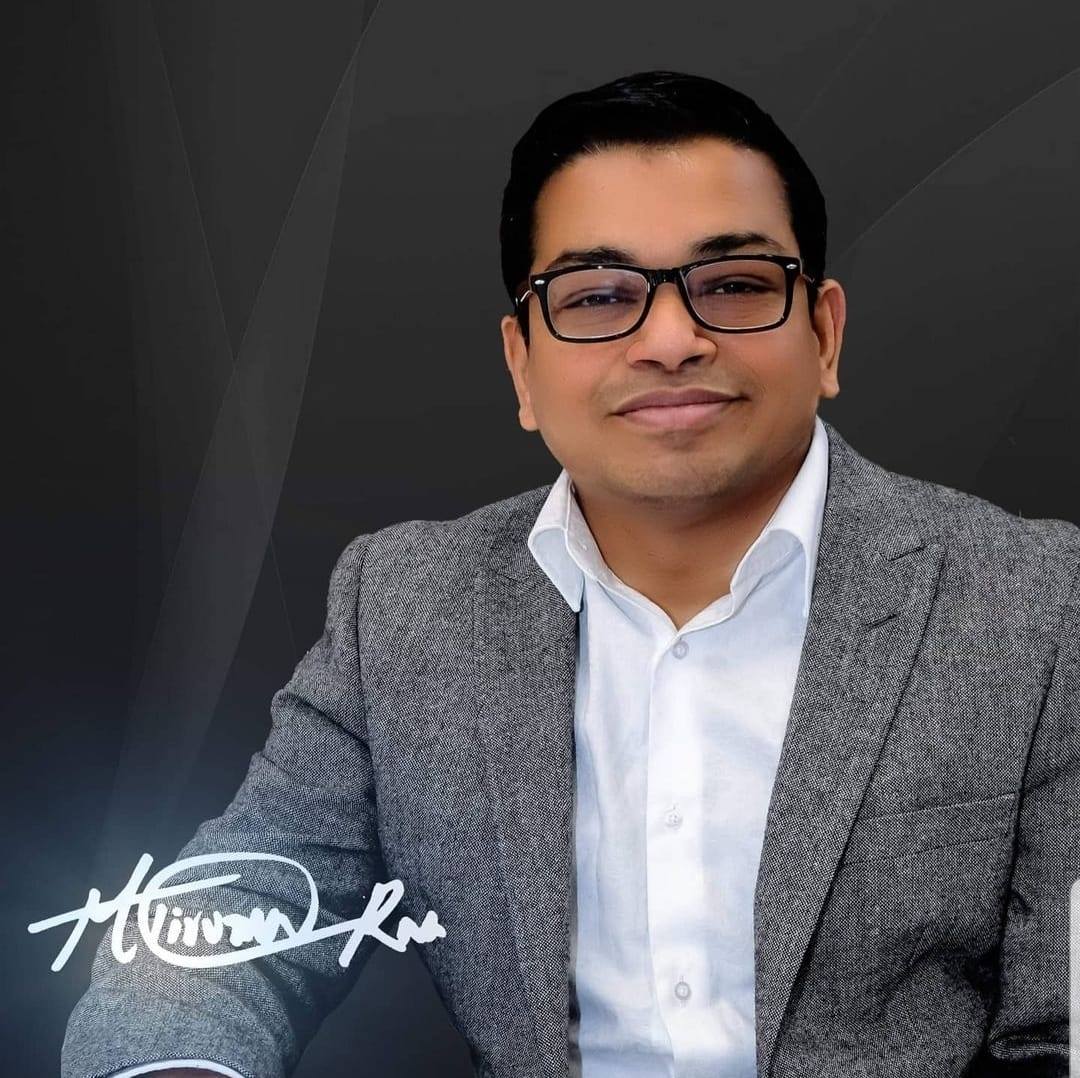 Since the 1980s non-surgical fat reduction via injectable methods has been the subject of vast amounts of research. Initially, these methods were enthusiastically received by the medical community but in the following years, popularity waned as unwanted side effects and a lack of controlled studies affected confidence in the method. In recent years new formulations, usually based on deoxycholic acid have led to an upswing in demand. Desobody/Desoface, one such method used for the reduction of submental fat was approved by the US Food and Drug Administration which was something of a breakthrough for the technique.

IS DESOBODY DIFFERENT FROM OLDER FAT-DISSOLVING TREATMENTS AVAILABLE ON THE MARKET?

Yes, as DesoBody is a more recent development it uses cutting edge technology in the form of sodium deoxycholate, an FDA approved active ingredient. This formula is a medical detergent that breaks down fat cells in a manner which has been proven to be safer and with greater efficacy than previous solutions.  On top of that, it is also a more comfortable and less intrusive process for the patient than older fat-dissolving solutions, with fewer injections required over fewer sites.

Here is an overview of the history of fat-dissolving agents, what different options are available and what the treatment entails.

Sodium deoxycholate (SDC) is a type of secondary bile acid whose role in bile is to emulsify fat and ease digestion. SDC also behaves as detergent which means it disrupts the cellular membrane. This process causes the cell membrane to collapse into mixed micelles of phospholipids and detergent molecules. The specific nature of this detergent activity has been hard to track which has in some cases, when used as an aqueous solution through mesotherapy, has resulted in a number of cases of skin necrosis.

Following further study it was determined that mature adipocytes proved to be more resistant to detergent-induced cellular lysis than other cell types which in turn led to a number of safety concerns regarding the use of this type of substance in the fat compartment. Research also discovered that SDC is more effective when a lower protein content is found in the cell, which is the case with adipocytes as they have less than 5% protein content.

Desobody is used for a treatment called injection lipolysis.

Lipolysis means fat-dissolving and that is what the injection of Desobody into targeted areas will do over a course of treatments. The active ingredient is called sodium deoxycholate (deoxycholic acid) which is a special medical detergent which breaks down fat cells. It has a concentration of 1.25% sodium deoxycholate in Desobody.

Desoface is another product which is a lower concentration of 0.5% sodium deoxycholate for treating double chins.

Phosphatidylcholine is the main phospholipid present in the human body accounting for 40-50% of the cell membrane. PC is integral to the make-up of cell membranes as it provides the main structural support to the cell.  It is also a natural emulsifier due to its lipophilic and hydrophilic properties. 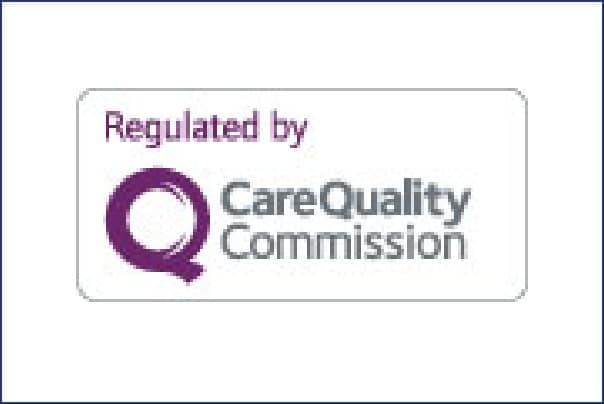 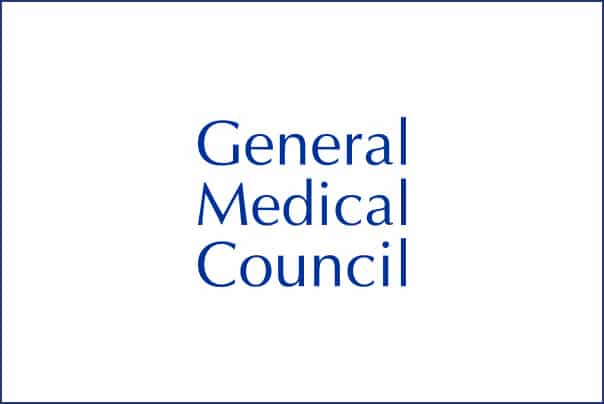 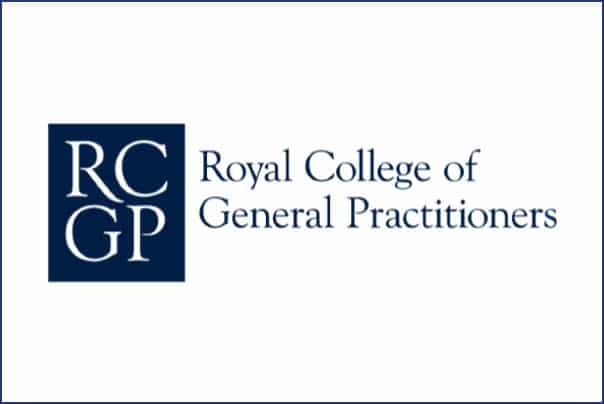 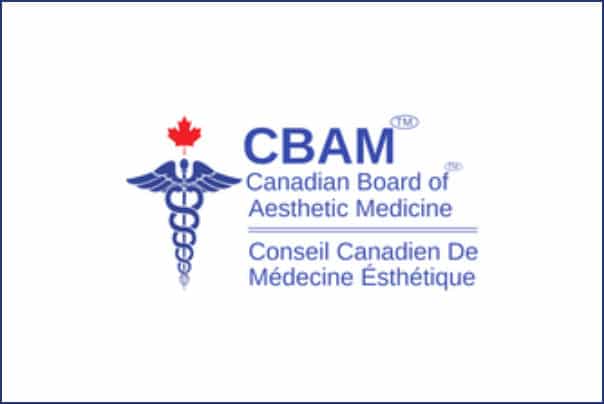 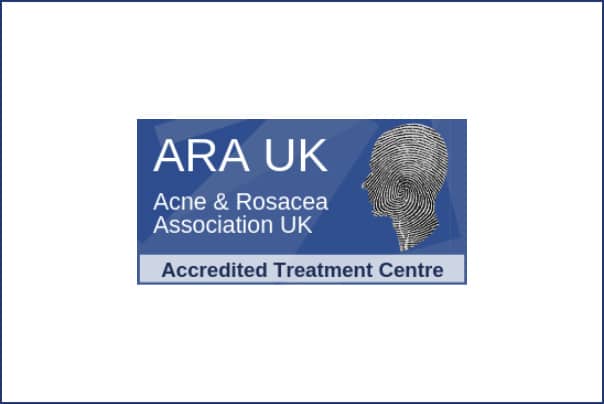 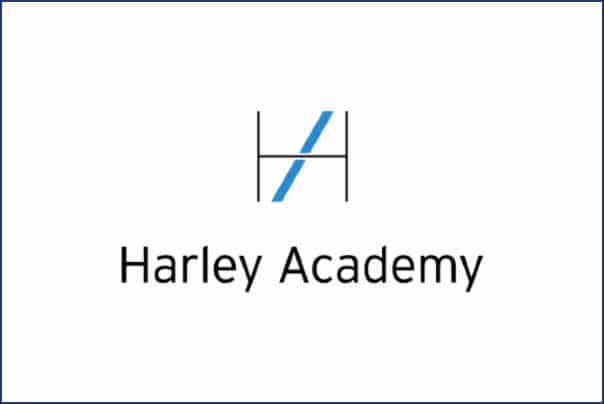 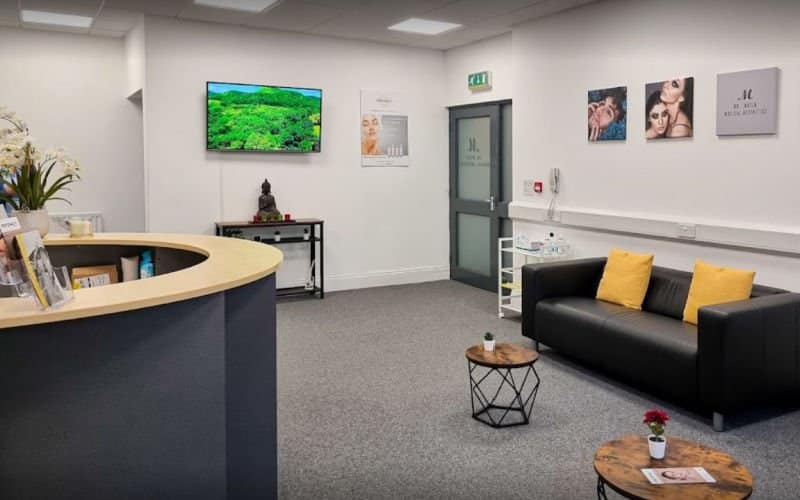 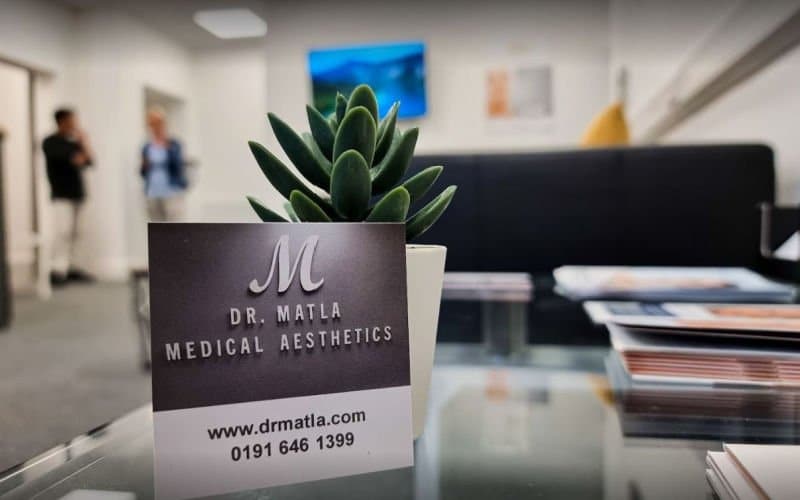 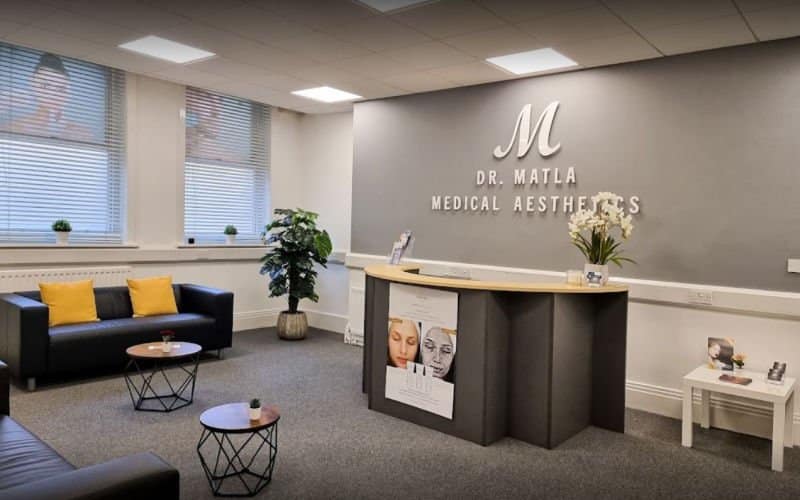 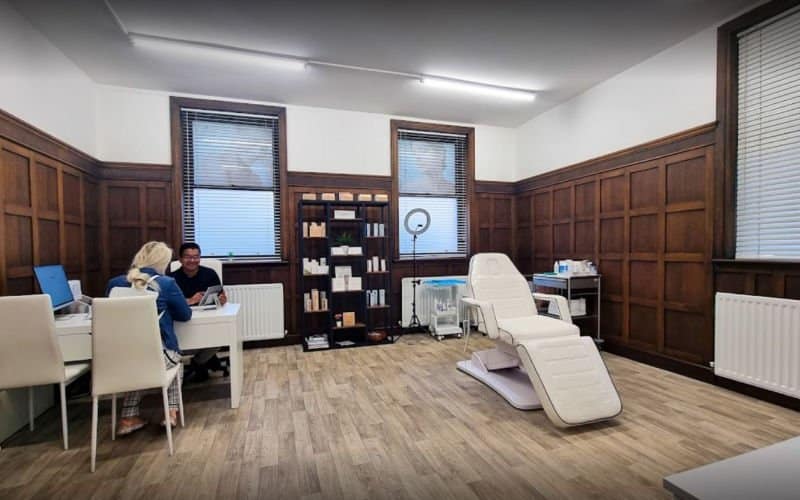 FAQ’s About Fat Dissolving Injections At Our Newcastle Clinic

About The Fat Dissolving Injection (Desobody)

The initial method used to administer fat-dissolving injections, as previously discussed, was mesotherapy, and this method is still used to this day. This process consists of multiple subdermal injections of small amounts of substance (Initially these injections were also intradermally but now will always be subdermal).

More recently the preferred method of administering the SDC, particularly desobody/desoface, has been through a technique called intralipotherapy.  Whereas mesotherapy required multiple injection sites to be used this new technique instead only requires two or three such sites. Intralipotherapy also allows the adipocytic agent to be released directly into the fatty tissue homogenously, and also at different levels. This, in turn, reduces the formation of nodules or irregularities on the skin.

First, the patient will be photographed in a standing position with marks drawn and measured so that the treatment is properly documented from start to finish. Next, a needle between 70 and 100mm long is inserted beneath the skin and using a retrograde fan technique this is then used to treat the entirety of the tissue’s surface. The procedure is almost entirely pain-free, although a small dose of 2% lidocaine is recommended to reduce any slight discomfort that may be felt.

Several sessions are required to complete the procedure, typically three, with three or four weeks between each session. This gap between each treatment is crucial in allowing the body’s normal inflammatory response to trigger and subside before more substance is applied.

How many treatments will I need?

Typically an average of two to four vials of DesoBody injections are required per treated area, per session. This number will, of course, vary depending on the individual size and type of the area being treated, and the best course for your particular needs will be discussed at a consultation.

Desobody is usually administered over a series of at least three to four sessions, with six-week intervals being the typical gap between each visit. Again, this number will depend on how much fat needs to be treated in a specific area, and the actual number will be discussed at a consultation.

Discomfort and sensitivity are an inevitable part of any cosmetic treatment, but the good news is that symptoms should only be mild to moderate, and easily tolerated. The treatment is minimally invasive and a local anaesthetic is included in the injectable and will be administered to lessen the impact of any pain felt during the procedure.

What happens after treatment?

Initially, the treated area when shows signs of redness, tenderness, sensitivity and localised swelling following treatment. The treated area can feel a little weird for a while but this is a perfectly normal part of the process, and you are free to carry on with any normal day to day physical activities and your normal routine.

How long until my skin returns to normal?

The redness and swelling that appear following the injection typically will disappear three or four days after treatment.  You may then find that minor bruising and a localised tenderness around the treated area will persist up to 14 days after the treatment.

How much do fat dissolving injections cost?

The treatment is a simple and quick procedure and thankfully will have very little impact on your day-to-day activities. As with any cosmetic surgery, however, there are a few things you need to be mindful of immediately after surgery:

Finally, as with any cosmetic surgery, you should be mindful of only using home care products recommended and approved by your doctor or therapist for the entire duration of the healing period following treatment

Typically after two to three weeks, you will start to see the positive effects of your treatment.  Due to the nature of the injection, the solution requires time to take effect, gradually reducing the fat in the affected areas. Each patient’s time frames will differ, but this general guideline will normally apply. Please note that a continued course of treatments is required for optimal results.

Overall, patient satisfaction with fat-dissolving injections has typically been very good, although as with any form of cosmetic surgery the success of the procedure can often be perceived differently by practitioner and patient.  There are two main reasons for this: Firstly, patients tend to forget or misremember the original condition of the treated area and so are liable to underestimate the efficacy of the procedure. Secondly, practitioners naturally have access to other metrics by which to consider the result, including measurements, photographs and on some occasions ultrasound results. These metrics, coupled with the benefit of being an impartial observer can lead to these discrepancies, and so it is important that both patient and practitioner manage expectations throughout the consultation and beyond.

A thorough study of the effects and satisfaction with the experience of using lipolysis treatments highlighted which areas patients found the treatment had been most successful. These areas were double chins, buffalo humps, and hips. Conversely, the arms and inner thighs were shown to respond less well to the treatment.

Fat-dissolving injections are not a weight-loss treatment and a patient should be fully aware of this before considering treatment.   Instead, this form of intervention is used to reduce and in some cases eliminate localised fat deposits within the body.  These areas often manifest as areas of the skin that remain fatty despite the patient being of normal weight, regularly exercising and maintaining a balanced, healthy diet.  The beauty of fat-dissolving injections is that they can be used almost anywhere on the body, with common areas being back rolls, double chins and saddle bags. It can also be used as a follow-up treatment after undergoing liposuction or similar fat-reducing procedures to remove any lumps of adipose tissue created by the initial procedure.

Fat-dissolving injections can also be used to treat lipomas without scarring occurring, particularly in cases of multiple lipomatosis. It should be noted, however, that whilst these treatments are successful they can not guarantee against the recurrence of the condition.

Contraindications for these treatments are broadly similar to all forms of cosmetic treatments i.e. pregnancy, lactation, autoimmune diseases etc.  The thickness of the skin is also an important factor to consider, with patients with less than 1.5cm of thickness being unsuitable due to the increased risks of side effects.  It also bears repeating that obesity is, alone, not an appropriate reason for a course of treatment to begin. Instead, such patients would need to also commit to a healthy diet and regular exercise to deal with weight loss. This is not to say that the treatment should be outright ignored and in fact when combined with other forms of weight loss can work to speed up the process of losing weight and act as a great motivator. 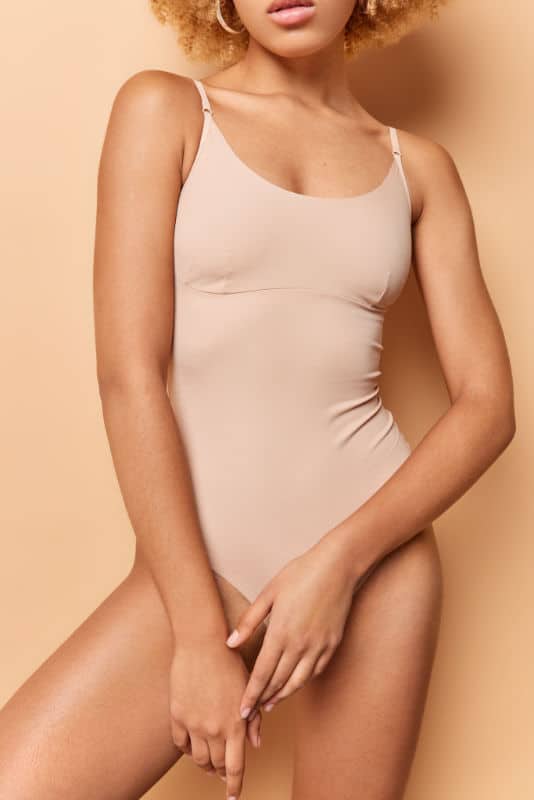 Every treatment starts with a 1:1 consultation with a friendly and fully qualified doctor to determine the best treatment plan for your concern.

We pride ourselves on treating our patients with high-quality products and technology, safely and effectively.

How to find us

If you are arriving by car, there is free private parking on clinic site. There is also free parking on the street for 2 hours.

Please follow this link for directions to the private car park @Dr.Matla Clinic

Train travel to our Jesmond Clinic is easy from Durham Railway Station.